Back to the Floor – Floors 2 Go

Floors 2 Go plc began its life as a family business in Birmingham in 1999. Rapid expansion led to stores being opened throughout the Midlands, across the North, and eventually in London, the South and the East. The company is now Britain’s biggest laminate and hardwood flooring specialist, with 125 stores situated in prime high street and retail park locations. 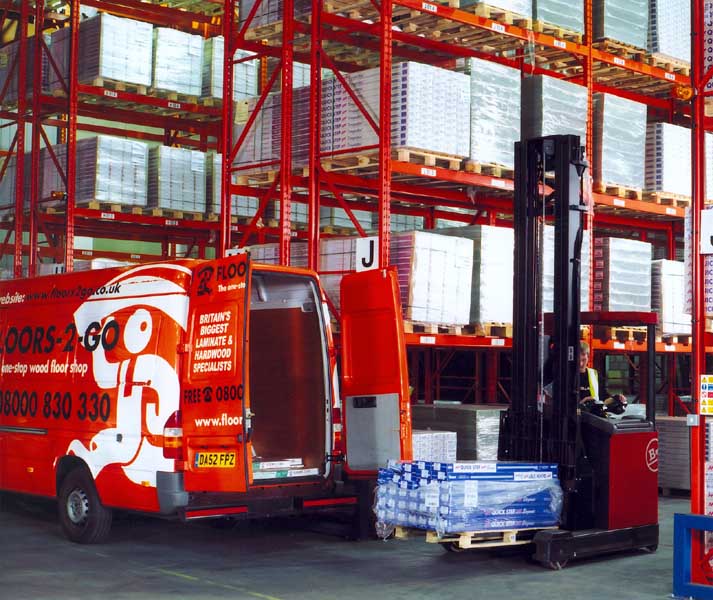 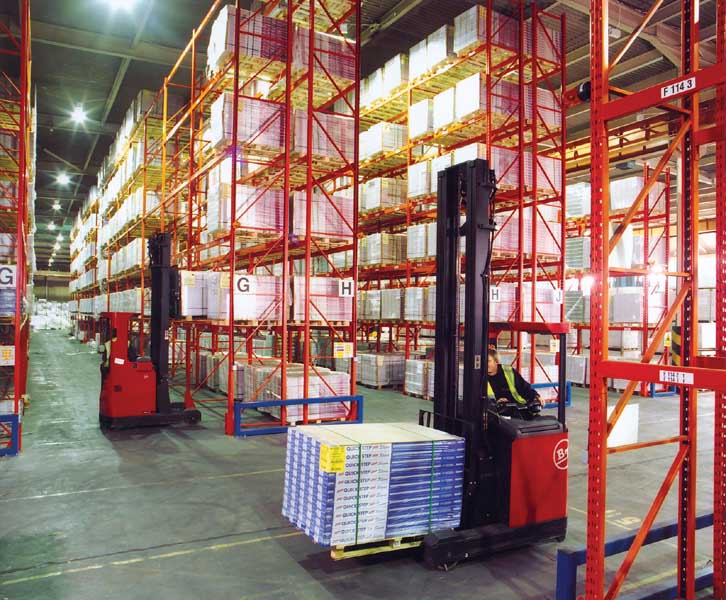 The previous warehouse that catered for these stores was only 75,000 sqft. When this became too small, Floors 2 Go moved to a new 130,000 sqft premises in Oldbury, the West Midlands.

The new warehouse was to be equipped with a pallet racking system, and Floors 2 Go turned to Redirack. Tony Causer, Warehouse Distribution Manager commented, “We had used Redirack before and were impressed with the service we received.”

Within the new warehouse Redirack built a wide aisle racking system comprising six double runs and six single runs of rack. The run lengths are between 45 and 65 metres long, but all feature a standard bay width of 3100mm. This arrangement enables Floors 2 Go to store the wide range of flooring products they sell. There are 5 beam levels per bay, in total this arrangement provides 5732 pallet locations.

To protect the racking from the inevitable knocks and scrapes Floors 2 Go specified column protectors to guard the frame front uprights, and barriers to protect all end frames adjacent to transfer aisles. The whole system was finished in blue and orange.

Tony added, “The new racking has utilised the space very efficiently and has enabled us to improve the service to our stores. The service from Redirack was excellent, the installation went to plan, and should we require further racking in the future, I won’t hesitate to use them again.” 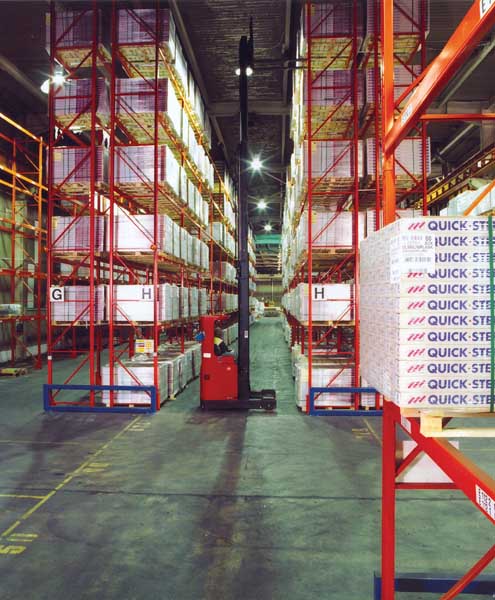 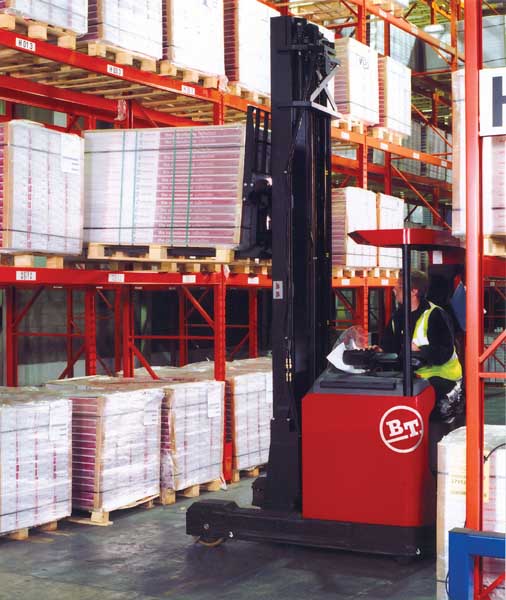