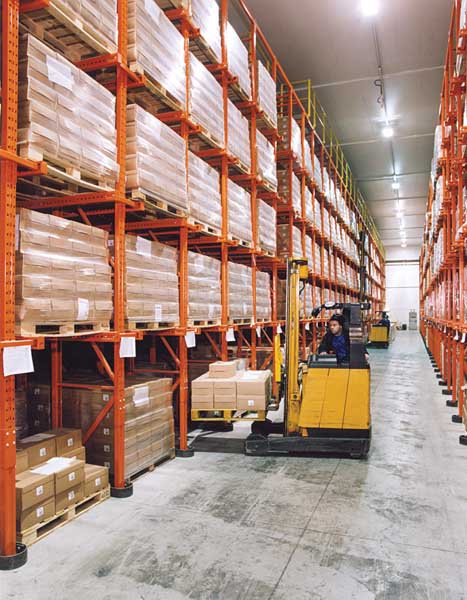 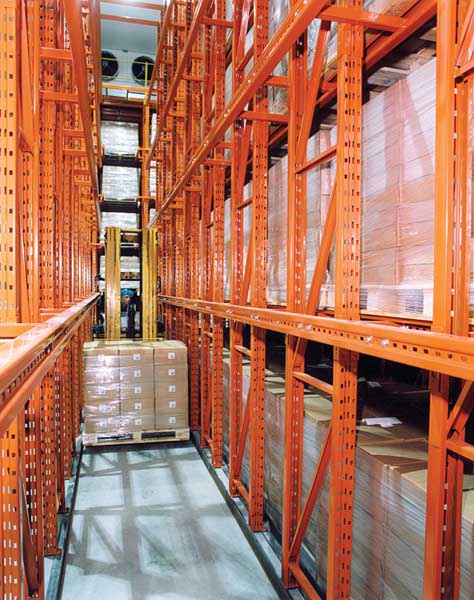 Arla Foods through Express Dairies Plc can trace their roots back to 1864, and part of this history includes AC Creameries becoming part of Arla Foods. Associated Co-operative Creameries (ACC), is a major dairy operator and has one of the biggest manufacturing creameries in the UK, providing quality cheese products for retailers and processors. ACC supplies to major multiples, cash and carry outlets, independents, national contracts, export markets, food manufacturers and food service providers.

ACC Manufacturing has two manufacturing dairies in Wales, producing a range of milk products. Llandyrnog Creamery in Denbighshire, North Wales has been established for over eighty years and produces ten per cent of the UK’s cheddar cheese. Two hundred and fifty people are employed at Llandyrnog, producing some 28,000 tonnes of cheese each year, from milk collected from local farms.

When in 2000, Llandyrnog Creamery needed to upgrade its storage facilities, due to a significant increase in production volumes, the company turned to Redirack to provide the solution. Michael Harvey, Factory Manager explains. “Previously, we had used third party storage.

This proved very costly and inefficient as fifty per cent of the cheese is cut and packed on site, after maturing. Extending our on site storage facilities was the answer. “We have always had a good working relationship with Redirack, since we first installed their racking, some years ago. When we planned the upgrade, we contacted Redirack, along with several other racking manufacturers. From the outset, I was impressed with their team who showed a clear understanding of our requirements and presented a very straightforward solution, which was easy to understand.”

I am particularly impressed with Redirack’s sacrificial leg arrangement. In the event of fork lift truck impact damage, we only have to replace the first metre of the upright. This will undoubtedly save time, as well as money. The installation went very well. Having agreed to a phased delivery, I was delighted that Redirack’s engineers were able to fulfill a schedule, which suited the needs of our business. As far as I am concerned Redirack is a very professional supplier of pallet racking solutions. 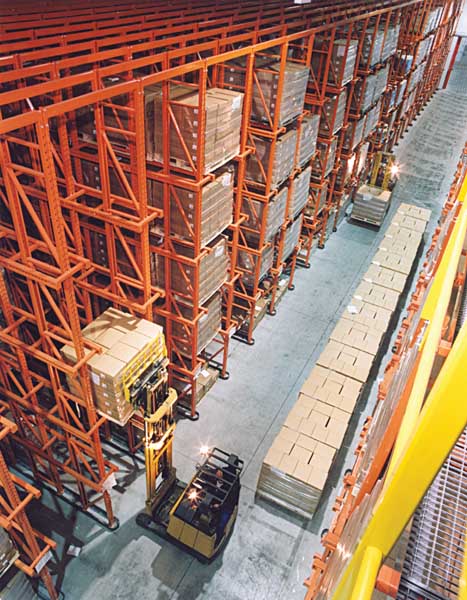 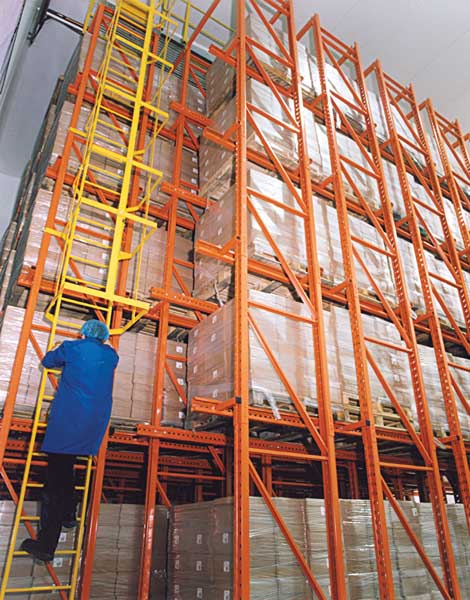 The cheese is manufactured in twenty kilogramme blocks , which are stored fifty to a pallet. The blocks can stay in the warehouse for up to eighteen months for maturing. Due to this fact, individual pallet selectivity is not important. A drive in layout, therefore, provided the best use of the available space. The warehouse is capable of storing 8000 tonnes of cheese, at any time and the racking is laid out in four blocks, accessed by two aisles .

Pallets are stacked five high throughout the scheme, with a top beam level of 7790mm. In the centre two runs, the bays are arranged to store the pallets ten deep, while the outer two runs are nine deep. Each bay is fitted with low profile guide rails, which run the full depth of the racking, a feature which ACC’s FLT drivers particularly like. The temperature in the warehouse has to be maintained at ten degrees. Due to this fact, special walkways have been constructed and mounted on top of the racking, to provide access to the cool air blowers.