When Medway Ports opened its new quayside fresh produce terminal at the Port of Sheerness in January 1999, the new terminal was owned by Fresh Fruit Terminal (Sheerness) Limited, and was operated by Salveson Logistics. The building measured 200 metres wide by 145 metres deep and fruit was unloaded at the quay before being transferred to the goods-in area for grading. It was then stored in one of 10 refrigerated chambers, each chamber included a narrow aisle racking system supplied and installed by Redirack. 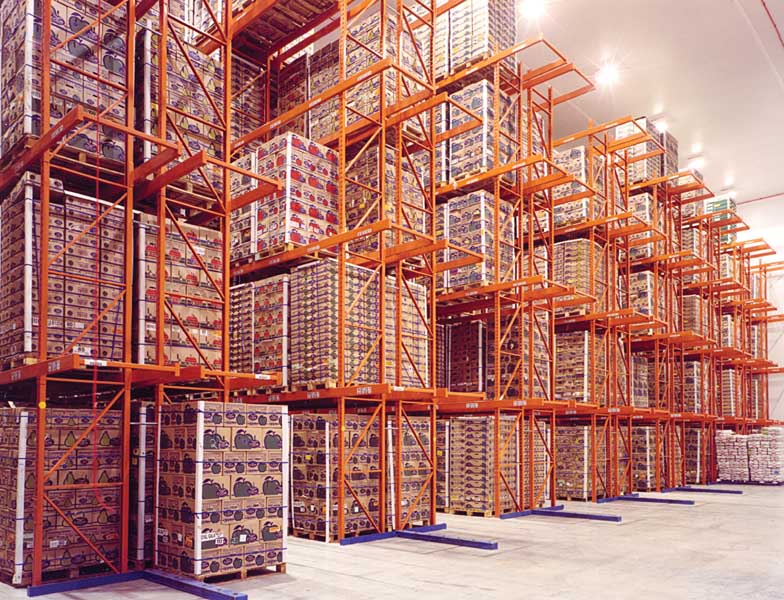 To maximise the space utilisation of the cube a narrow aisle configuration was chosen for the storage system. In total there are 21, 000 pallet positions and laid end to end the rack beams would stretch for over 38 kilometres.

All the rack frames are fitted with the Redirack Sacrificial Leg. Tony Wehby, the site agent for Christiani & Nielsen (the company that constructed the terminal) was very pleased with Redirack’s performance “From day one everything went well. The important thing for us was working closely with a contractor that we could have confidence in. Redirack helped us catch up on time lost due to problems encountered in other areas.” 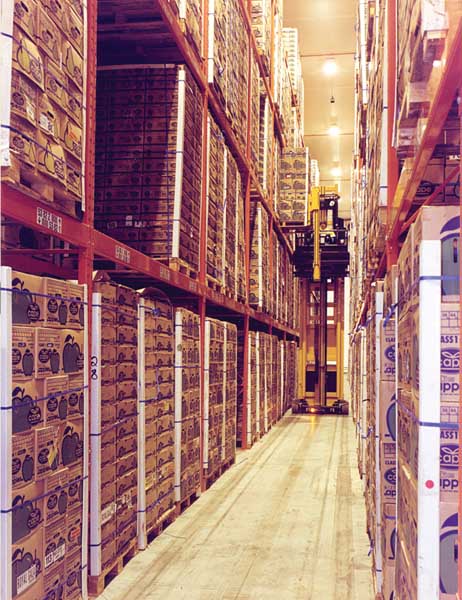 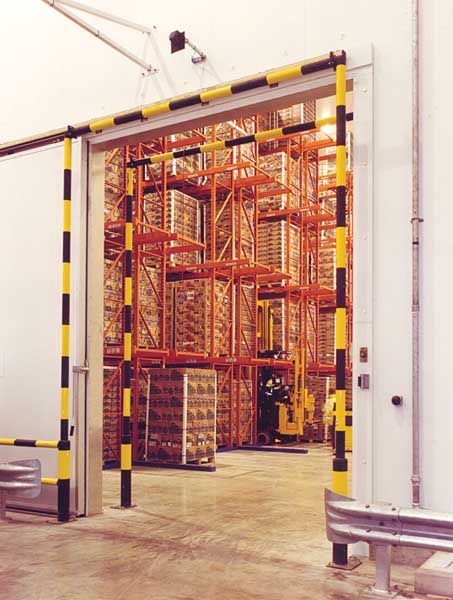