Lock Stock, and a Whole Lot of Racking! – Lockwood 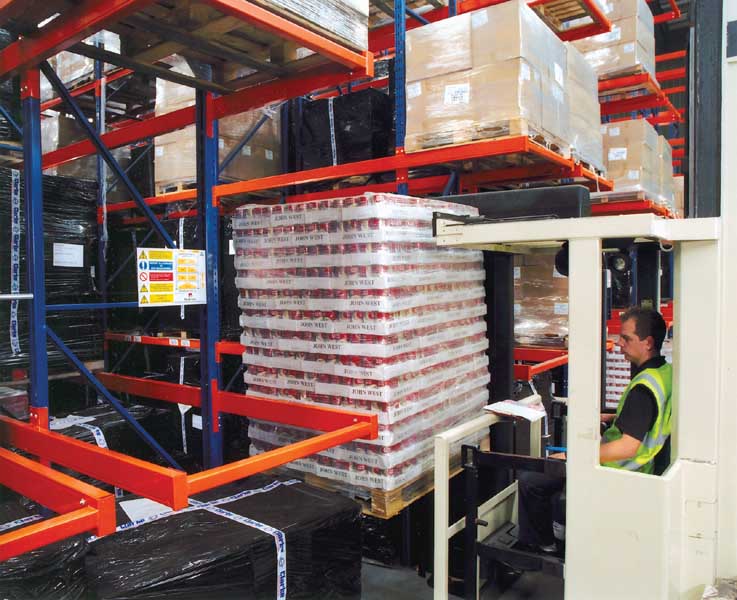 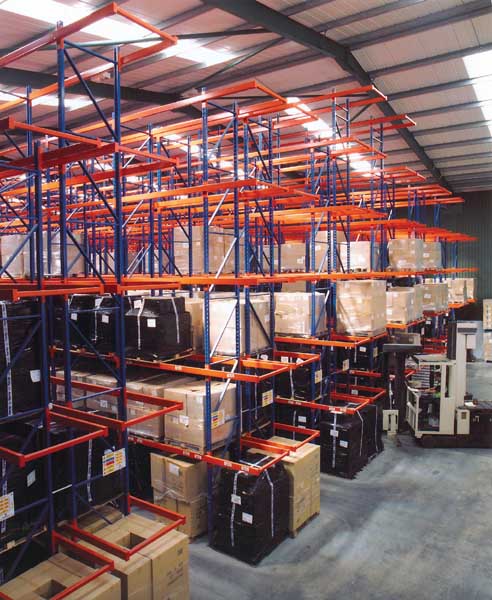 In the 1960s, Frank Lockwood and his son, Doug, started manufacturing mushy peas, which they sold on their fruit and vegetable stall in Heanor, Derbyshire. From these modest beginnings the business grew and diversified into haulage and storage.

The business became Dykes and Lockwood in 1972, but following the spilt of the partnership in 1980, became Lockwood Haulage. Lockwood’s still manufactures mushy peas, and producing around 5000 tonnes per year, is the largest producer of frozen mushy peas in the UK. As well as mushy peas, Lockwood Haulage distributes a variety of goods, from concrete slabs to toilet rolls.

When the company added a new 35,000 square foot warehouse at its distribution centre in Ambergate, Derbyshire, with other high-bay warehouses already on site and in operation for a number of years, the new warehouse provides additional storage capacity for the business. Redirack supplied and installed the pallet racking system in the new building.

Company Director Robert Lockwood, grandson of the company’s founder commented, “We approached a number of leading pallet racking companies. Redirack were very helpful, arranging for us to visit a local company already using its product. We spoke to the people on the site who were impressed with both the product and service. This gave us the confidence to specify Redirack for our new facility.”

“We have a very busy distribution centre here at Lockwood Haulage. The Redirack racking has given us the extra storage space we needed, which has greatly improved operations here. The people at Redirack were extremely helpful and professional throughout the installation process. I will definitely consider Redirack for further racking systems.” 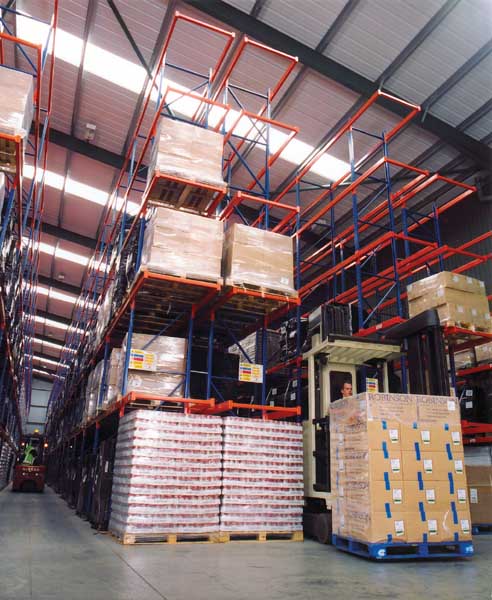 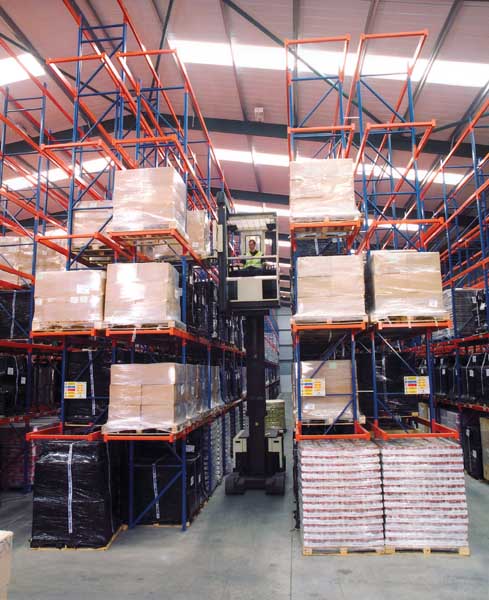 Installed within the new building is a high rise racking system serviced by narrow aisle forklift trucks. Rising to over ten metres in places, the system provides just over 4000 storage locations. Six double runs and two single runs of racking have been installed within an area approximately 60 metres by 30. The aisles are only 1785mm wide and the man-up lift trucks are wire guided.

Stored within the racking are standard 4 way entry pallets. These are stored two per beam level and 1200mm deep. Two pallets are stored on the floor in each of the bottom locations.

Robert continued, “We have a very busy distribution centre here at Lockwood Haulage. The Redirack racking has given us the extra storage space we needed, which has greatly improved operations here. The people at Redirack were extremely helpful and professional throughout the installation process. I will definitely consider Redirack for further racking systems.

We use cookies on our website to give you the most relevant experience. By clicking “Accept All”, you consent to the use of ALL the cookies. However, you may visit "Cookie Settings" to provide a controlled consent.
Cookie SettingsAccept All
Manage consent

This website uses cookies to improve your experience while you navigate through the website. Out of these, the cookies that are categorized as necessary are stored on your browser as they are essential for the working of basic functionalities of the website. We also use third-party cookies that help us analyze and understand how you use this website. These cookies will be stored in your browser only with your consent. You also have the option to opt-out of these cookies. But opting out of some of these cookies may affect your browsing experience.
Necessary Always Enabled
Necessary cookies are absolutely essential for the website to function properly. These cookies ensure basic functionalities and security features of the website, anonymously.
Functional
Functional cookies help to perform certain functionalities like sharing the content of the website on social media platforms, collect feedbacks, and other third-party features.
Performance
Performance cookies are used to understand and analyze the key performance indexes of the website which helps in delivering a better user experience for the visitors.
Analytics
Analytical cookies are used to understand how visitors interact with the website. These cookies help provide information on metrics the number of visitors, bounce rate, traffic source, etc.
Advertisement
Advertisement cookies are used to provide visitors with relevant ads and marketing campaigns. These cookies track visitors across websites and collect information to provide customized ads.
Others
Other uncategorized cookies are those that are being analyzed and have not been classified into a category as yet.
SAVE & ACCEPT