Reeling in the Aisles – ScandStick AB 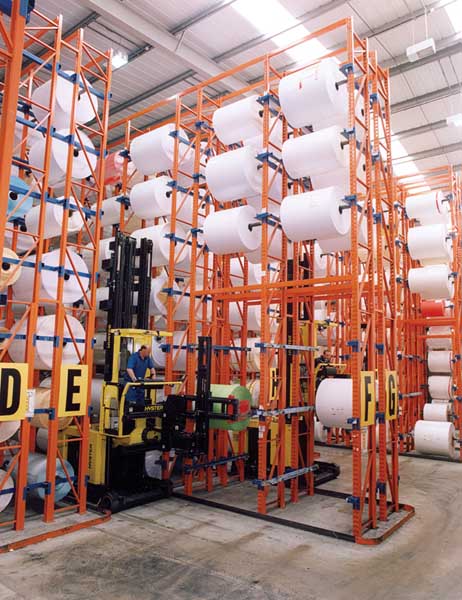 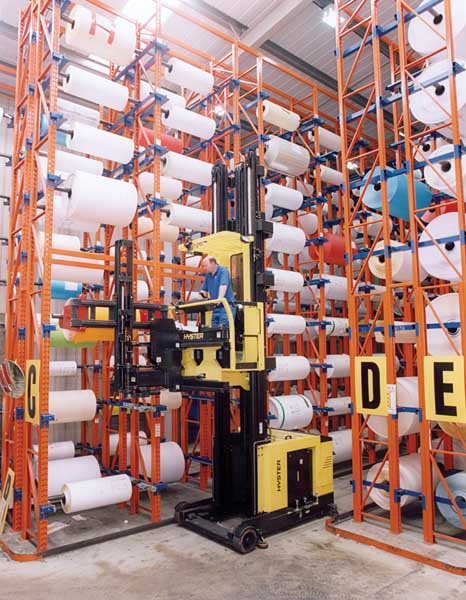 In August 2002, St Neots based SJP UK Ltd was taken over by Swedish company, ScandStick AB. The acquisition gives the group a combined turnover of 110 million Euros and made it one of the leading suppliers of adhesive reel material for the label industry. SJP had been a Redirack customer for many years and Redirack have completed several major installations at the Cambridgeshire site, now called ScandStick UK Ltd.

The most recent project involved the implementation of a new narrow aisle scheme in the company’s work-in-progress store. This is where reels of paper, weighing up to 1000kg and measuring around one metre wide are stored after production. As required they are called off by the finishing plant and slit to specific lengths and widths or sheeted to meet customer requirements. The new store is purpose built and replaces a previous wide aisle layout (featured in Rack It 10). It occupies the same floor space, but can accommodate 1900 reels, 25% more than the old scheme.

The racking is laid out in a block consisting of five double and two single runs. Each run has nineteen bays with 1800mm clear entry and nine storage levels. The racks are separated by 1.7 metre wide aisles and guide rails are installed along each run to facillitate truck positioning. Full height P&D stations are included at the end of two of the double runs The reels of paper are transported on special bars, which run through the core. To support the reels, we have developed a special cradle arrangement, into which the bars sit. The cradles are welded to the racking’s beams. Locating lugs ensure that the reels do not roll once located in the racking. The racking is serviced by two Barlow-Hyster narrow aisle man up stacker trucks.

“All of the racking on the site has been supplied by Redirack. They have repeatedly shown a clear understanding of our requirements.” Richard comments. “The Redirack team has a ‘no frills’ approach and produces sound and sensible solutions. The narrow aisle scheme is an excellent example. It clearly fulfills the function, for which it was designed.” 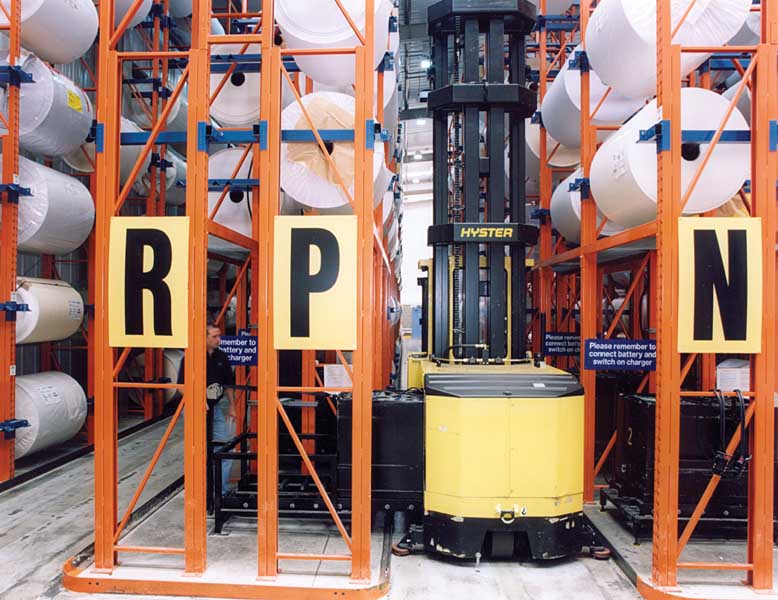 At its peak, the site produces five million square metres of paper each week. This equates to 28 finished reels per hour into the work-in-progress store. The reels are brought into the store by standard fork lift trucks and deposited into the appropriate P&D station. The stackers collect the reels and place them in the allocated racking location, pending call off. The process is reversed for reels leaving the store.
One particularly neat feature of this scheme is the in-aisle battery changing facility. The bottom two storage levels at the end of two racking runs house the battery chargers and roll tables. As required the stacker truck simply positions next to the bay. The battery for charging is rolled out one side of the truck and connected to its charger and the recharged battery is rolled in from the opposite side. The whole exercise takes just a matter of seconds to complete. Whilst there is a slight loss in the number of storage locations, this is more than made up for by the improvements in the efficiency of the battery changing operation.

Richard Whiteman, the Site Engineer has been with the company for many years and was heavily involved with the implementation of the new work-in-progress store. “All of the racking on the site has been supplied by Redirack. They have repeatedly shown a clear understanding of our requirements.” Richard comments. “The Redirack team has a ‘no frills’ approach and produces sound and sensible solutions. The narrow aisle scheme is an excellent example. It clearly fulfills the function, for which it was designed.”