Roadferry Limited offers a premier logistics service across the UK, Ireland and Europe. Owned by Mersey Port & Docks, the company works for a number of blue chip companies and runs a modern, comprehensive fleet of more than 600 trailers and distribution vehicles. Roadferry is also a principal member of Palletline, the UK’s foremost distribution network for palletised goods. 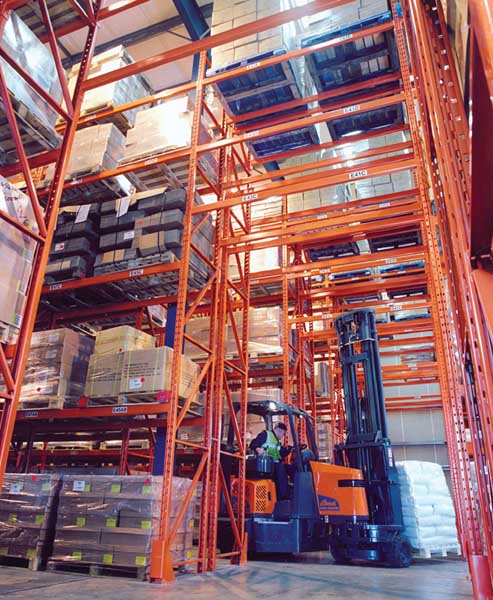 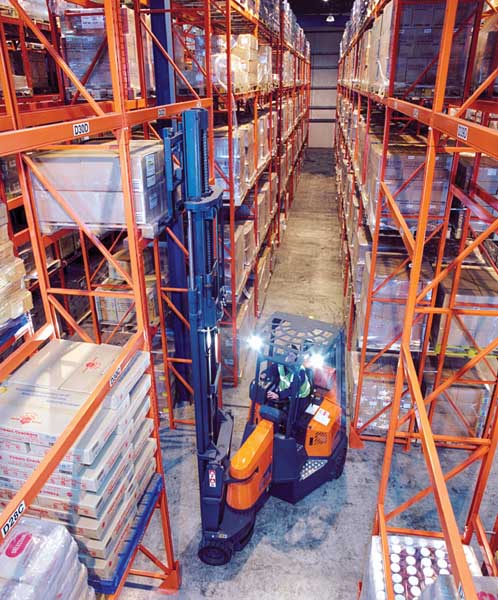 In April 2003 Axis Scotland Limited, Redirack’s distributor in Scotland, won a contract to install new Redirack pallet racking at Roadferry’s depot in Hamilton, Glasgow. The 60,000sqft premises were originally used as a distribution hub, but Roadferry had identified the potential for diversifying and utilising their large warehouse as a storage facility as well.

Work refitting the warehouse began in October 2004. The racks were moved to a narrow aisle configuration to work with the Trans Lift Bendi trucks, and the frames were extended from 5.4 metres to over 7 metres high. This added an additional beam level and together with the additional runs of racking, took the storage system capacity to 2470 pallets.

William Hart, General Manager of Roadferry, said, “Axis Scotland Limited was very helpful supplying drawings and suggesting various layouts and methods of storing the pallets. We were very pleased with the service, and the installation was problem free. The new racking has increased our storage facility without using more floor space. We intend to use Axis Scotland Limited and Redirack for any future storage requirements.” 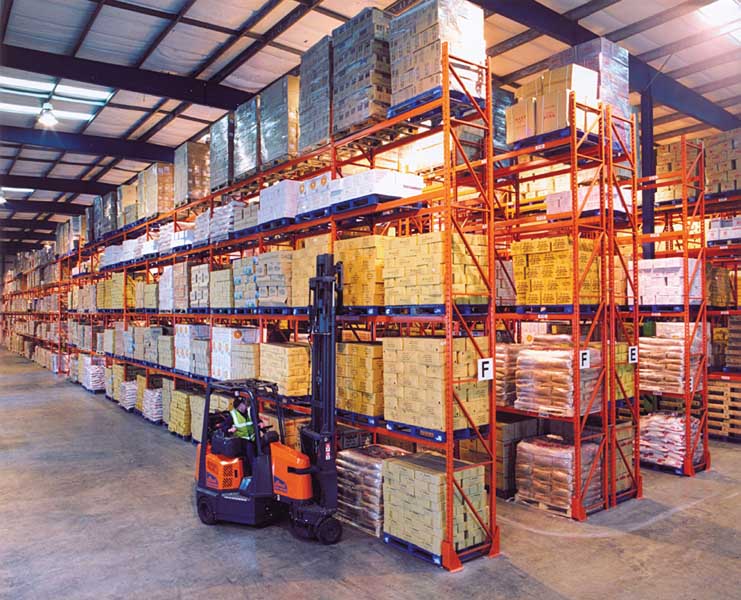 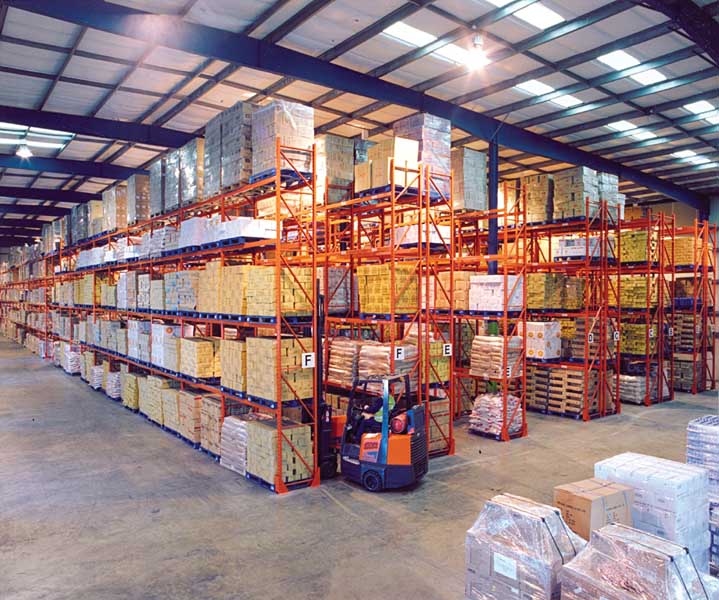