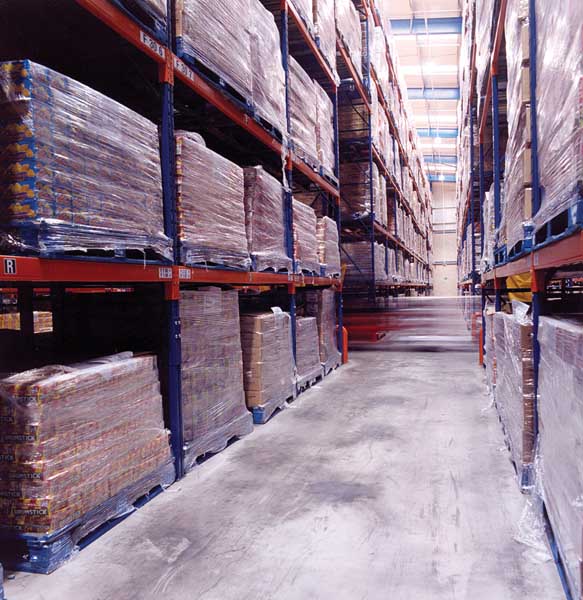 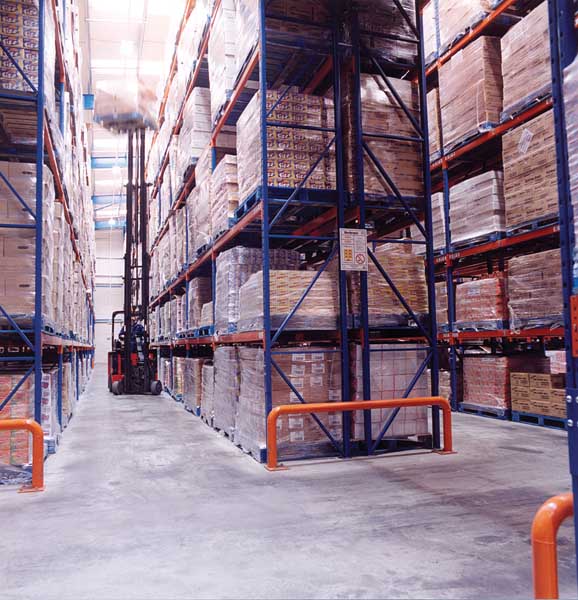 Swizzels Matlow is not a company name that most people will recognise, but it is a fair bet that everybody will at some time have enjoyed one of their products. Swizzels Matlow is, in fact, the largest independent manufacturer of children’s sugared confectionery (sweets) in the UK and includes such favourites as Love Hearts, Drumsticks and Refreshers among their four hundred brands.

“The Redirack engineers were extremely efficient and completed the installation within the timescale, which they had promised. This was very important as it enabled us to give our customers continuity of supply, during the change from third party to in house warehousing.” 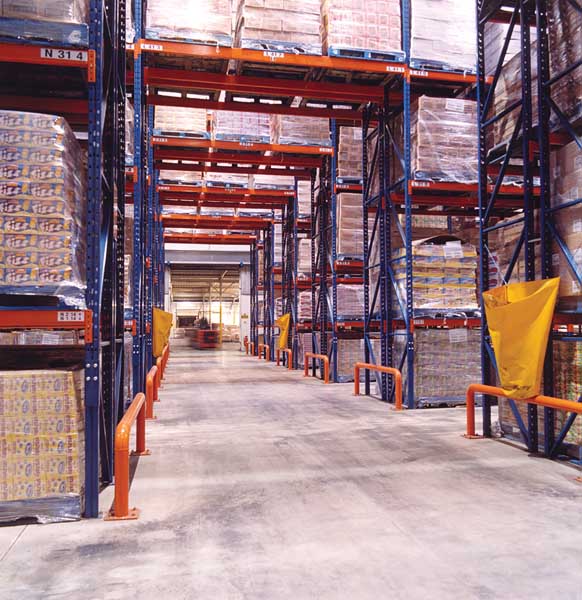 The company was originally established in 1928, in the east end of London. It moved to its present location in New Mills, Derbyshire in 1940, having been subjected to the effects of the “Blitz”. Swizzels Matlow is an extremely successful company and manufactures 400 million packets of sweets each year. This generates a turnover in excess of forty million pounds and provides employment for more than five hundred people. To provide additional production space at New Mills, they acquired a purpose-built warehouse site at Adlington, five miles from the factory.

Tony Kyle is the Distribution Controller responsible for the Adlington site. He explains. “When we moved to this site, we had to refurbish the interior of the existing warehouse building completely. At that time Redirack was chosen to supply the racking.” Swizzels Matlow took the decision to build an extension to the warehouse and they planned an investment of five hundred thousand pounds. Tony continues. “Our customers were expecting us to stock more product for them and previously we had stored items at several third party locations. This had caused us all sorts of distribution problems and logistical inefficiencies.”

When they planned the extension, Swizzels Matlow specified a narrow aisle storage system, to make best use of the available space. It was not predetermined that Redirack would be chosen to supply the racking. Tony explains. “While we had a great deal of confidence in Redirack and their product, we approached several other racking manufacturers to give us quotations.” In total six double and two single runs of racking, with twenty-one bays per run, were provided. With storage up to six levels high, in the centre of the building, an extra 2628 pallet locations were created, doubling the storage capacity of the Adlington facility. Bendi trucks are responsible for pallet movements between the storage bays and the adjacent order picking and distribution areas.

Explaining the decision to select Redirack to supply the new narrow aisle racking, Tony Kyle says. “As we had specified a narrow aisle scheme, working up to six pallets high in places, Redirack impressed us with the service that they had given us during the five years since they commissioned the original system.”

Tony was equally impressed with the new installation. “The Redirack engineers were extremely efficient and completed the installation within the timescale, which they had promised. This was very important as it enabled us to give our customers continuity of supply, during the change from third party to in house warehousing.” Tony concludes. “They were even able to paint the racking in our company colours.”

The extended Adlington distribution centre is now fully operational and handles, on average, between thirty-five and forty vehicles every day. These are responsible for delivering eight million cases of sweets each year to major high street retailers, cash and carry wholesalers and also the traditional corner sweet shops.