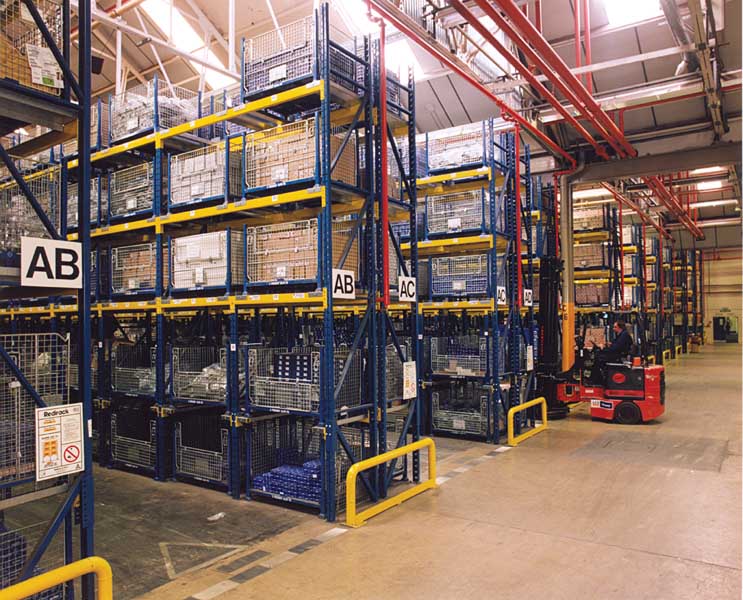 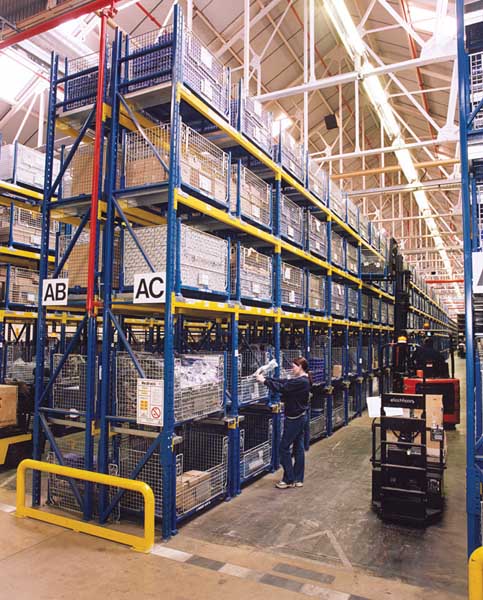 The UK parts division, for the Peugeot Motor Company, stores genuine, branded spare parts and distributes to 352 Peugeot dealers and 265 Citroen dealers across the UK and Ireland. The site also services 270 Motaquip retail outlets with own brand items. In total, some 60,000 different automotive parts are stored at the thirty-four-acre site. There are two main warehouses, designated north and south.

As part of a group wide initiative to improve handling and efficiency, Peugeot SA introduced a range of standard stillages to distribute parts to its European operations. Claire Dosser, Warehouse Planning Engineer, explains the consequences of this decision. “Unfortunately, the new stillages would not fit our old racking system, so we decided to replace the racking in the north warehouse.”

The north warehouse, which has been in operation since Peugeot acquired the site from the Rover group in 1983, stores small to medium sized parts, which are picked by hand. The 4,000 fastest moving items are stored in a pallet racking system, which has approximately 20,000 locations. After a comprehensive tendering process, Redirack was chosen as the racking supplier.

Claire comments “We chose Redirack for a number of reasons. Their proposed layout showed a greater understanding of our operation and their interpretation of our specific needs included several unique features. For example, the sacrificial front leg arrangement. We recognise that this will provide significant savings in future maintenance costs.”

The racking is laid out in two blocks which were installed in two phases. Both blocks have a mixture of 3400mm and 2700mm wide bays to suit the two standard stillages. Bays have either five or seven beam levels, with the top beam at 6900mm. In each bay the bottom two levels are used for order picking, with the upper levels used for bulk storage.

“We have a completed installation which not only looks good, but has also improved the efficiency of our operation. The main benefit is increased productivity. The new stillages and Redirack racking have enabled us to reduce working hours, at Tile Hill, without compromising the service to our dealers. We are very proud of the achievement.” 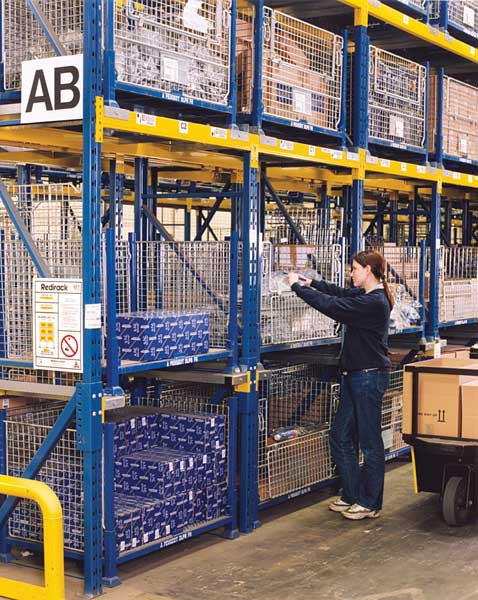 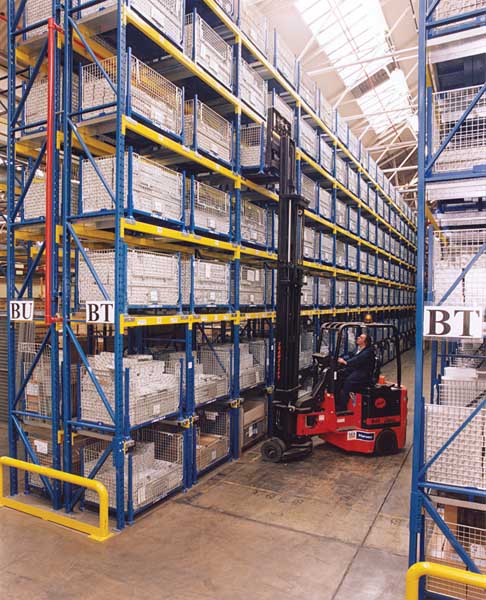 The bottom bays are unusual in that they utilise the stub arm and pallet rail assembly from Redirack’s drive-in racking. The bays are double height and have stillages stored on two levels. However, the upper stillages are supported on the pallet rails rather than sitting on the lower stillage. This means that Peugeot can pick or replace either stillage without moving the other, and the orderpicking operation is not hampered by a rack beam running across the middle of the bay at low level.

The aisles are three metres wide, enabling two of Peugeot’s mobile order picking vehicles to work in the same aisle at the same time. In the areas, where the wide bays are installed, the upper racking levels have been meshed to enable a number of different storage modules to be used. For instance, two of the larger stillages or three 1000mm wide pallets can be stored in the same bay. The racking is configured to accommodate a sprinkler system.

Claire Dosser is extremely pleased with the Redirack installation. “The whole Redirack team were fantastic.” She says. “Their sales and technical staff are extremely knowledgeable and easy to deal with. Their installation engineers can be left to get on with their work without the need for constant supervision. We were able to carry on with our day to day activities, knowing that the Redirack team would cause minimal disruption.”

The racking is painted in Peugeot’s corporate colours of blue and yellow, a choice, with which Redirack was happy to comply. Claire Dosser concludes. “We have a completed installation which not only looks good, but has also improved the efficiency of our operation. The main benefit is increased productivity. The new stillages and Redirack racking have enabled us to reduce working hours, at Tile Hill, without compromising the service to our dealers. We are very proud of the achievement.”