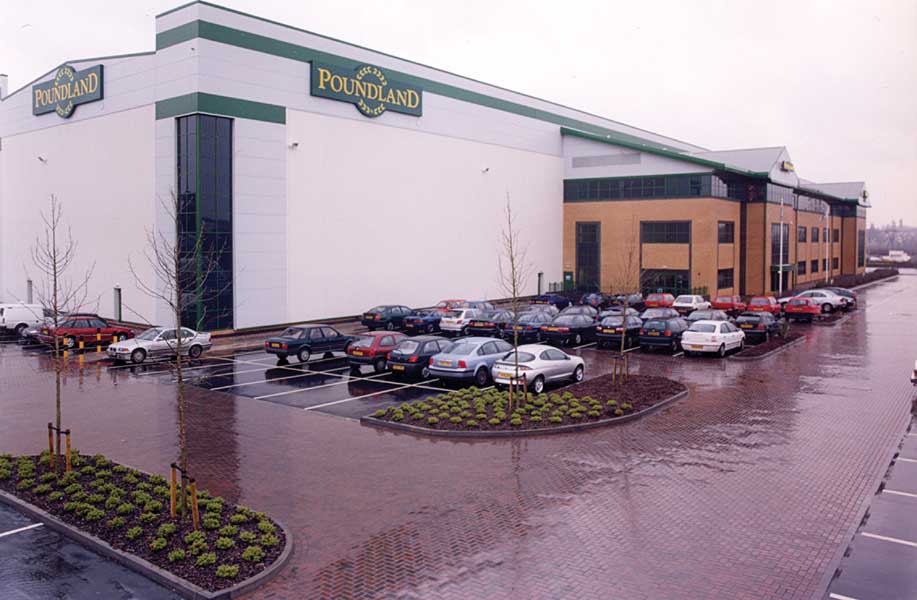 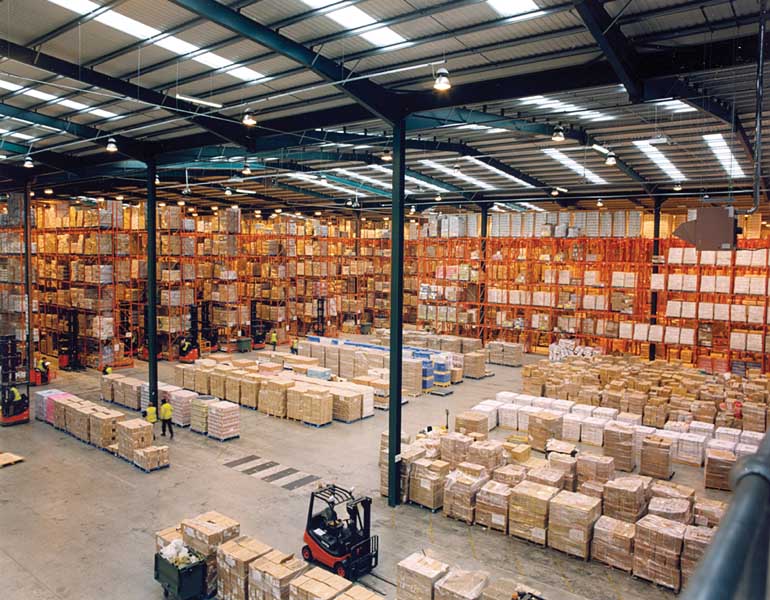 When the new pound coin was introduced in 1990, it gave Steve Smith the idea for the launch of Poundland. Having worked on his father’s market stall, as a teenager, Steve was already well versed in the idea of giving his customers good value for money. “The most successful area of the stall was the box where we sold end of line goods and items with damaged packaging for ten pence.” He comments.

With the slogan – Everything for a pound – the first Poundland store was opened in Burton on Trent in December 1990. From day one, it was a great success with customers attracted by the promise of buying quality merchandise at one very affordable price. In the ten years since then, a further sixty nine stores have been opened in quality trading locations, selling everything from tools to toiletries and clothing to confectionery, across the length and breadth of England and Wales. This has resulted in Poundland being placed as number one retailer of homewares and toys in the “Fast Track 100” rankings. Commenting on this phenomenal success, Steve Smith says, “I expect our seventy stores to generate a turnover of 170 million pounds this year and we now employ more than two thousand people in our shops, offices and warehouse.”

“I have been so impressed with Redirack that I have been recommending them to our suppliers and some have already bought from them. My only criticism is that I have not received any commission. One pound would be enough!” 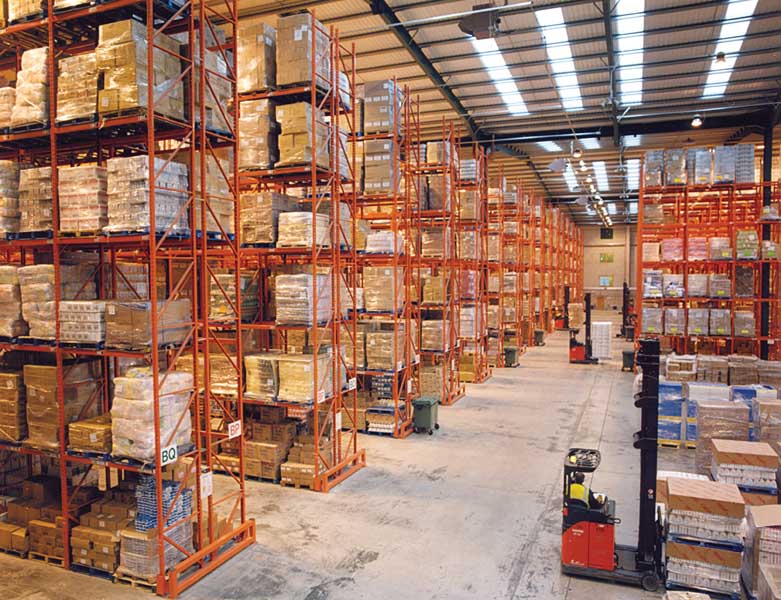 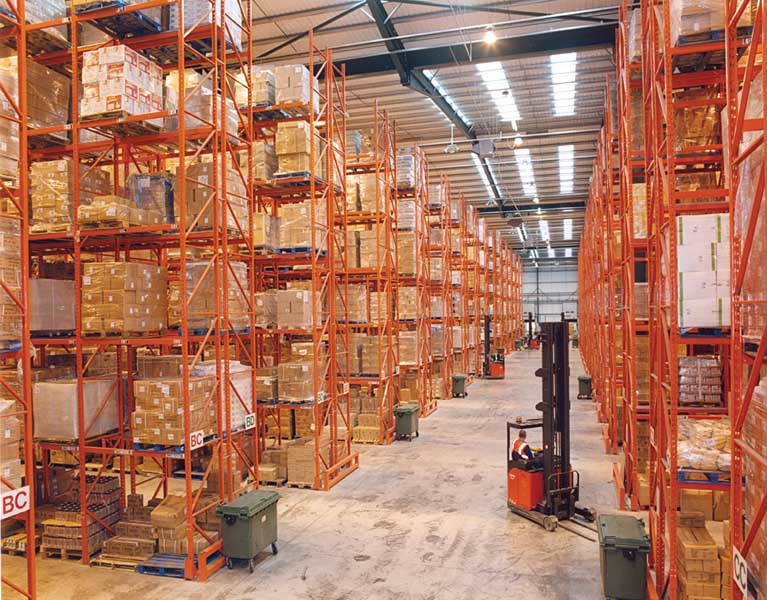 In October 2000, Poundland moved to a new purpose built Retail Support Centre at Willenhall, in the heart of the West Midlands. Before this move, there were three warehouses in the Wolverhampton area. Steve explains the rationale behind the move, “We had basically run out of storage space and were having to store certain items outside. It was also a logistical nightmare, trying to coordinate deliveries to our stores from three different sites.” The resulting fifteen million pound investment has created an extremely impressive Head office and a 265,000 square foot warehouse. The racking is laid out to make best use of the building’s height. Rising to nearly ten metres, the system has six beam levels with each bay capable of storing two pallets, up to 1.7metres high. The racking is installed in three blocks, with forty-three double and five single runs overall. Each run consists of seventeen of the six-high double bays, providing 20,000 pallet locations, to cope with the 12,000 different product lines, which the company handles each year.

When it came to selecting a supplier for the storage system, Poundland chose Redirack. “Previously we had bought second hand racking. Redirack helped us to prove that the costs associated with dismantling, transporting and reassembling the amount of racking that we required, made it a more expensive exercise than buying new.” Explains Steve. “Of the five or six racking manufacturers we spoke to, Redirack was the most impressive. We heard nothing but good reports from other companies who had installed the Redirack product and we liked what we saw at other installations we visited. In particular, we liked the idea of Redirack’s sacrificial leg arrangement. While our FLT drivers are trained to the highest possible standards, the odd accident is inevitable and the sacrificial leg will definitely reduce our ongoing maintenance costs significantly.”

The racking installation was completed two weeks ahead of schedule which ensured that Poundland achieved their target of having the new Retail Support Centre operational in time for the busy Christmas period, when each of the seventy stores needed to be restocked four or five times per week. “The Redirack installation team were very flexible in their approach, considering all of the other work that was going on around them.” Says Steve, “Under very difficult circumstances, they have provided a high quality installation, which has given us no problems, during the first three months of operation.”

Poundland plans to expand their business, by continuing to introduce the “one price for all” philosophy by opening new stores across the United Kingdom. This growth will, undoubtedly, require the building of additional warehouse facilities. The likelihood is that Redirack will be chosen to supply the racking, as and when the need arises. As Steve Smith concludes “I have been so impressed with Redirack that I have been recommending them to our suppliers and some have already bought from them. My only criticism is that I have not received any commission. One pound would be enough!”