The Eldred Group, based in Doncaster, has been at the forefront of storage and distribution industry for over 100 years. Eldred Transport is part of this family, offering a one stop, tailored service to customers all over the UK. It offers storage and distribution facilities, plus labelling, rework, order picking, packing, loading and unloading options. Eldred Transport prides itself on personal service.

Eldred Transport operates a number of sites with a total warehousing capacity of over 350,000 square feet. Earlier this year the company was contacted by an existing customer that required further storage space. This meant a new warehouse had to be organised in an incredibly tight time frame. With just a few months to get the project completed, a racking company had to be found which could get the job done efficiently. Redirack was approached for a solution and won the contract.

A Narrow System was necessary

Within an area 30 by 40 metres a narrow aisle racking system was built. With two single and seven double runs of rack the scheme has fifteen 2.7 metre bays per run. Rising to a height of over ten metres, it has five beam levels to a bay and the whole system is wooden decked to enable it to store boxed stock. Nearly three thousand pallet positions are available although at this time stock is stored directly on the racking.

Narrow aisle trucks work within the storage system, and they are steered by guide rail when within the aisles. The rack’s end frames feature Redirack Sacrificial Legs. Narrow aisle racking systems are prone to fork truck impact and damage to the system’s frames. Yet, in 90% of cases damage is restricted to the first 1000mm of the upright.

The Sacrificial Leg is a removable section in the front upright of a frame that absorbs the impact of the truck, leaving the rest of the frame undamaged. If the Sacrificial Leg needs replacing then it can be replaced with the upright still in place. This means that only the bays adjacent to the damage have to be unloaded rather than a large proportion of the run if a frame is to be replaced. Obviously, this saves a great deal of time and money.

Finishing off the scheme all the uprights are painted in Eldred Transport blue. Martin Eldred, Proprietor of Eldred Transport said “The time frame for this job was very, very tight. The installation from Redirack was highly professional and exceptionally well managed. The racking was completed on time and we felt we received excellent value for money. Well done Redirack!” 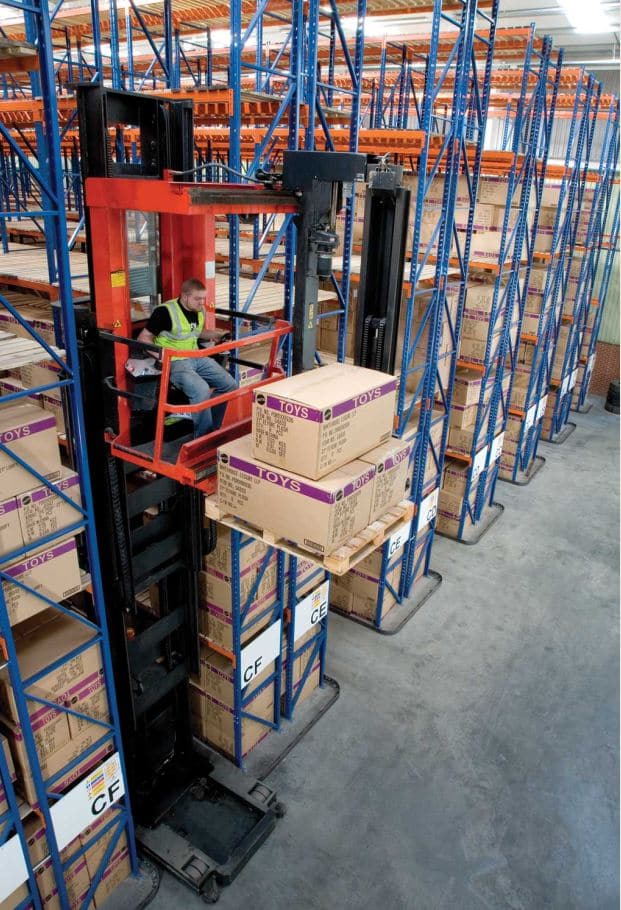 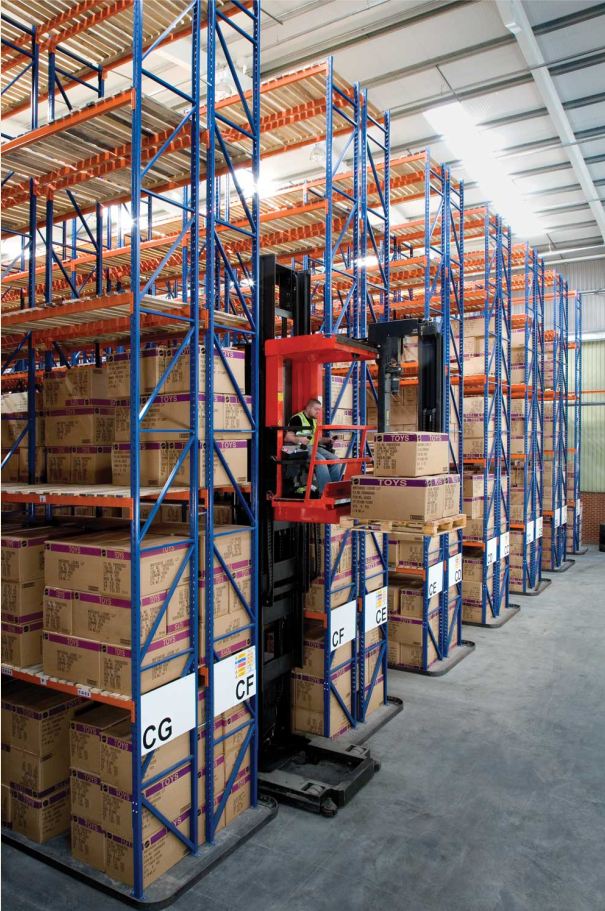